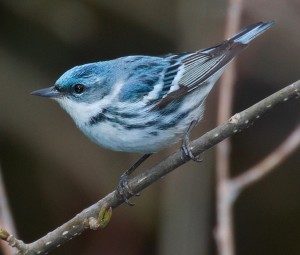 The Birds of Georgia

There are hundreds of breeds of birds in the North Georgia area. I have decided to focus on these 10 provided by birdwatchersdigest.com.

The anhinga is a fairly large (35-inch) diving bird that looks a little like a skinny cormorant. It is long and slender, with a long sharp bill it uses to spear fish underwater. Another name for this bird is “snake bird,” because it frequently swims with just its head above water, looking like a snake. Anhingas also soar on thermals like hawks in midday. Males are mostly dark, with white feathers on the upper wings and females are dark below, with brown heads and necks. They can often be seen spreading their wings to dry in the sun prior to making another dive for fish.

This species can be found at most wetlands below the fall line, especially in summer when they are most numerous. They don’t need much water to dive in, but do need a little open water to maneuver. Easy places to see anhingas include Harris Neck and Eufaula NWRs, and the Altamaha WMA.

Wood storks are huge prehistoric-looking black-and-white wading birds, and once you have seen one you will not mistake it for anything else! They stand about 40 inches tall and have a huge 61-inch wingspan, but probably their most obvious feature is the dark featherless head. This species shares this last feature with their close relatives the vultures, although they don’t seem to share much else with them. When they are soaring, as they commonly do, the black wing tips really stand out against the rest of the white body. It is interesting to watch their feeding behavior as they swing their large bills around feeling for food underwater.

Like other waders, wood storks are most easily found feeding in shallow ponds and pools, and in Georgia they are most common along the coast. Several spots along the coast have good numbers in summer, though they do shift their breeding sites from year to year in response to water levels. The most reliable site is Harris Neck NWR, where the water levels are specifically maintained for this species, but they can be seen feeding or soaring anywhere along the coast. A few colonies are spread throughout the coastal plain, and in late summer a few individuals wander around the state, sometimes reaching as far north as Atlanta.

The common gallinule is a small ducklike bird, about 14 inches long, found in many marshes and swamp habitats throughout the southern half of Georgia. They are most numerous in summer but occur year-round, especially along the coast. The most obvious feature is the bright red bill with a yellow tip, on a bird that is mostly gray with a white line along its sides. Common gallinules are usually found in groups, paddling in and out of reeds and marsh grasses while squabbling among themselves. If you ever see one on land or sitting up on a log, notice their huge yellow legs and feet.

Areas with ponds or marsh habitat along the coast or in the coastal plain host many of these birds all summer, and some of the easiest places to see them include Phinizy Swamp, the Bradley Unit of Eufaula NWR, Harris Neck NWR, and the Altamaha WMA.

This striking bird is a favorite across the state, and if you live near any kind of woods you might find them in your yard at least part of the year. With a bright all-red head, black body, and large white patches on the wings, they are not likely to be confused with any other species, although the red-bellied woodpecker can have red on the back half of the head, but not the black and white colors on the body. Both woodpeckers are just under 10 inches long, and both come to feeders readily. The red-headed woodpecker can sometimes be seen flycatching from the tops of trees.

Red-headed woodpeckers are fairly common throughout the state all year except in the mountains, and they are especially common in thinned woods or partial clearcuts. They also favor beaver swamps with a few isolated trees. They can be found just about anywhere with dead or dying standing trees.

This rare woodpecker is found only in the south, year-round, and in Georgia is found only in large pine-wiregrass forests. It is just slightly smaller than the hairy woodpecker, with a similar pattern of black and white barring, but it also has a large white cheek patch that covers almost the whole side of its head. The “cockade” for which they are named is nearly impossible to see. They live in family groups called clusters and require mature pines with red heart disease to make their nest and roosting cavities. These holes are easy to recognize because they make them in living trees and there is usually a large obvious flow of sap from the hole down the front of the tree.

Red-cockaded woodpeckers are restricted now to areas that have populations of the large pines they require and periodic burning to maintain the correct wiregrass habitat. The only public areas with good numbers in Georgia are Piedmont NWR and the Okefenokee NWR, but all the large Army bases in Georgia also have decent populations.

This tiny bird with the large personality is another favorite of bird watchers everywhere in the South, and if you live or travel anywhere near mature pines you are likely to run into a group of these inquisitive little birds. They are less than 5 inches long and often stay high up in pine trees, so you frequently must locate them by their chatter and squeaky “bathtub toy” noises. When you see them, notice their grayish backs, white bellies, and brown heads with a stubby bill for prying food out of pinecones and bark. They are often seen hitching their way down pine trunks in search of insects and seeds.

This is one of the easiest species on this list to find—just look anywhere with large pines! In many cases this may be your yard, because this is another species that often is found at seed and suet feeders. They live in Georgia year-round.

The cerulean is a beautiful little blue warbler, less than 5 inches long, and one of the migrant species that seems to be declining at the greatest rate. The color of the male is a gorgeous light blue (yes, it’s cerulean blue!) with a bright white underside broken only by a thin blue “necklace.” The females are similar but more blue-green and often have a yellowish tinge below. Both sexes have the typical short thin warbler bill and are also quite short-tailed even for warblers.

In Georgia cerulean warblers breed only in a couple of spots up in the Blue Ridge, with most numbers along Ivy Log Gap. They may be difficult to find there, because they tend to stay in the treetops and are present only in small numbers. However, most members of this species migrate right through the western half of Georgia, and probably the best single spot to see this bird in the east is at Kennesaw Mountain in late April or in August during the peak of their seasonal migration.

The prothonotary is a gorgeous 6-inch yellow bird with gray wings, a white lower belly, and a long bill for a warbler. Their insistent sweet-sweet-sweet-sweet can be heard throughout the southern half of the state in swampy woods and along rivers in the piedmont. This is the only cavity-nesting warbler in the East, and it will nest in boxes if they are placed in the right swamp habitat. When seen through the darkness of a southern cypress swamp they can be amazingly bright as they fly back and forth.

Great places to see the prothonotary warbler include any location with access to swampy ponds or river backwaters, such as the Bradley Unit of the Eufaula NWR or Harris Neck NWR. A few breed at the Newman Wetlands Center. Many other places also have large populations, such as the Okefenokee NWR, which is full of them in spring and summer (the only times this species is in

The rose-breasted grosbeak is another striking species that can sometimes be seen at feeders, although usually only during spring migration in late April and early May. The spring male is unmistakable, with his black head and back, white belly and marks on the wings, and splash of rose on the breast. The female looks similar to a huge purple finch, with a brown back, streaked underparts, a white line above the eye, and, like the male, a large seed-eating bill. In fall the males may look more like the female, with sometimes just a hint of the rose on the breast. They are about 8 inches long.

Rose-breasted grosbeaks can be seen during spring or fall migration, either in your backyard at feeders or at other migration bird-watching spots. They can also be found in their small breeding range in Georgia during the summer. Brasstown Bald and the other highest peaks in Georgia make up their breeding range from May to August. One way to find them is by listening for their distinctive call note, which has been likened by David Sibley to the squeak of gym shoes on a wooden gym floor.

It’s hard to describe the sheer gorgeousness of this songbird. As a start, the old name for this species was the French word nonparei,l for its singular beauty. The males are amazing, with blue heads, red underparts, and greenish backs. And it’s not just blue and red, but blueand red! The female is a greenish yellow. Both sexes are the same size—just under 6 inches long—with a stubby finch bill. They sound similar to their inland and equally striking relative the indigo bunting.

Painted buntings are most common along the coast, on any barrier island, or along the immediate coast in maritime scrub habitat. Good places to look include Harris Neck NWR, all the islands, and the Altamaha WMA. They also breed in small numbers right along some of the major rivers like the Savannah and the Altamaha (including the feeder rivers the Ocmulgee and Oconee) all the way up to Augusta and Macon.