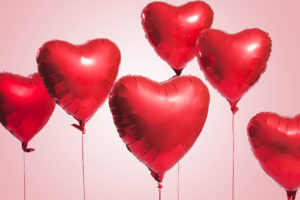 We hope you enjoy your stay in one of our cabins in North GA during the Valentine’s Day holiday. We decided to include here the history of Valentine’s Day for your enjoyment.

Numerous early Christian martyrs were named Valentine. The Valentines honored on February 14 are Valentine of Rome (Valentinus presb. m. Romae) and Valentine of Terni (Valentinus ep. Interamnensis m. Romae). Valentine of Rome was a priest in Rome who was martyred in 269 and was added to the calendar of saints by Pope Galesius in 496 and was buried on the Via Flaminia. The relics of Saint Valentine were kept in the Church and Catacombs of San Valentino in Rome, which “remained an important pilgrim site throughout the Middle Ages until the relics of St. Valentine were transferred to the church of Santa Prassede during the pontificate of Nicholas IV”. The flower-crowned skull of Saint Valentine is exhibited in the Basilica of Santa Maria in Cosmedin, Rome. Other relics are found at Whitefriar Street Carmelite Church in Dublin, Ireland.

Valentine of Terni became bishop of Interamna (modern Terni) and is said to have been martyred during the persecution under Emperor Aurelian in 273. He is buried on the Via Flaminia, but in a different location from Valentine of Rome. His relics are at the Basilica of Saint Valentine in Terni (Basilica di San Valentino). Jack B. Oruch states that “abstracts of the acts of the two saints were in nearly every church and monastery of Europe.” The Catholic Encyclopedia also speaks of a third saint named Valentine who was mentioned in early martyrologies under date of February 14. He was martyred in Africa with a number of companions, but nothing more is known about him. Saint Valentine’s head was preserved in the abbey of New Minster, Winchester, and venerated.

The feast day is still celebrated in Balzan (Malta) where relics of the saint are claimed to be found, and also throughout the world by Traditionalist Catholics who follow the older, pre-Second Vatican Council calendar.

While the custom of sending cards, flowers, chocolates and other gifts originated in the UK, Valentine’s Day still remains connected with various regional customs in England. In Norfolk, a character called ‘Jack’ Valentine knocks on the rear door of houses leaving sweets and presents for children. Although he was leaving treats, many children were scared of this mystical person.

In Slovenia, Saint Valentine or Zdravko was one of the saints of spring, the saint of good health and the patron of beekeepers and pilgrims. A proverb says that “Saint Valentine brings the keys of roots”. Plants and flowers start to grow on this day. It has been celebrated as the day when the first work in the vineyards and in the fields commences. It is also said that birds propose to each other or marry on that day. Another proverb says “Valentin – prvi spomladin” (“Valentine — the first spring saint”), as in some places (especially White Carniola), Saint Valentine marks the beginning of spring. Valentine’s Day has only recently been celebrated as the day of love. The day of love was traditionally March 12, the Saint Gregory’s day, or February 22, Saint Vincent’s Day. The patron of love was Saint Anthony, whose day has been celebrated on June 13.

We hope you enjoy your stay in one of our vacation rentals in Georgia this Valentine’s Day.